Cuadra’s corten steel planters in Brisighella: a green space to be thoroughly enjoyed 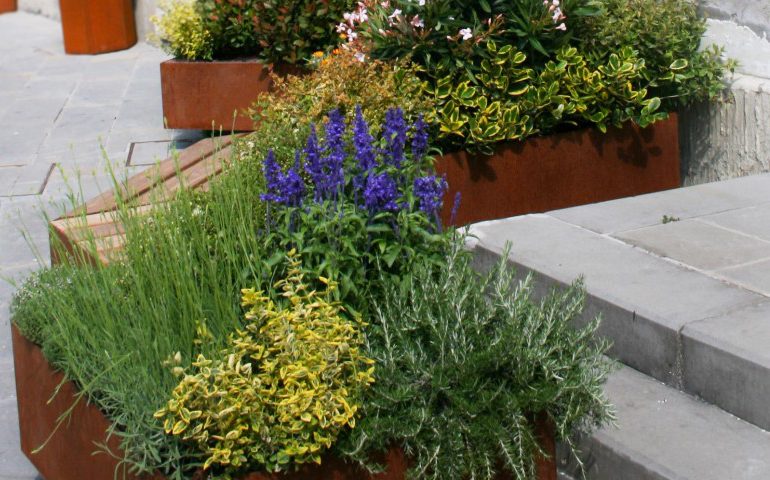 Cuadra’s corten steel planters are among the protagonists of the “New Brisighella 2.0 – a welcoming community” project, which brings greenery into the urban space.

Brighisella and Cuadra: corten steel planters to redevelop the area

A small medieval village at the foothills of the Apennine mountains, between Tuscany and Emilia Romagna, three famous hills, a natural area teaming with hiking trails and a project named “New Brisighella 2.0 – a welcoming community”. This should be enough to evoke the beauty of Brisighella, a small town that has decided to renew itself and the surrounding area in a creative and modern way.

The goal is to craft an urban space that can improve the lives of its citizens and enhance the excellence of the entire area. Taking part in this sustainable redevelopment activity, Cuadra brought its own business philosophy to the project: creating new stories and meeting points between architectural elements and their surrounding environment. 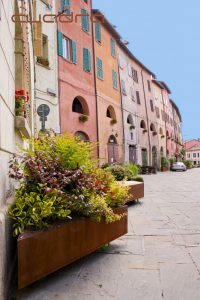 Cuadra’s corten steel planters are the true protagonists of this story. One of the cornerstones of Cuadra’s projects, planters were used in Brisighella to create an interesting aesthetic and cinematic experience, in harmony with the colours of the old town centre and its surrounding area. This is where art, history and architecture come together creatively: the Corten steel planters are a tangible symbol of the connection between greenery and urban space that Brisighella has been championing for the past few years.

Cuadra’s corten steel planters have been placed in Piazza Marconi, the town’s main square, and are now perfectly integrated with the surrounding area. Aesthetics, functionality and architecture come together to play with and re-interpret the town’s medieval atmosphere. The entire square is now richer and full of ‘liveable green spaces’.
With its corten steel planters, Cuadra demonstrated the importance of rethinking and redeveloping an area through an integrated landscape project, which can be used to strengthen the relationship between an urban space and the people who inhabit it.

When greenery becomes part of the urban landscape, colourful stories are always written!