Corten cladding and suspended planters: functionality and aesthetics have arrived at the new Pagliarini Viaggi headquarters, in weathering steel packaging.

Corten cladding: the construction of the Pagliarini Viaggi façade

New headquarters, new look: the Pagliarini Viaggi travel agency in Civitanova Marche (MC)— a leader in the tourism market, with over 50 years in business — has chosen the elegance of Corten cladding for the façades of their new headquarters.

The project, designed by architect Raffaella Cuppoletti and carried out by Cuadra, calls for the use of corten steel in different sized rectangular panels, demarcating the main entrance windows both latitudinally and longitudinally.

The Corten steel cladding, in particular, adds some aesthetic weight to the building’s structure, counterbalancing the lightness of the glass. This contrast brings dynamism to the façade and the architectural mass, as do the truncated pyramid flower boxes in corten steel hanging from the cladding on the vertical columns. 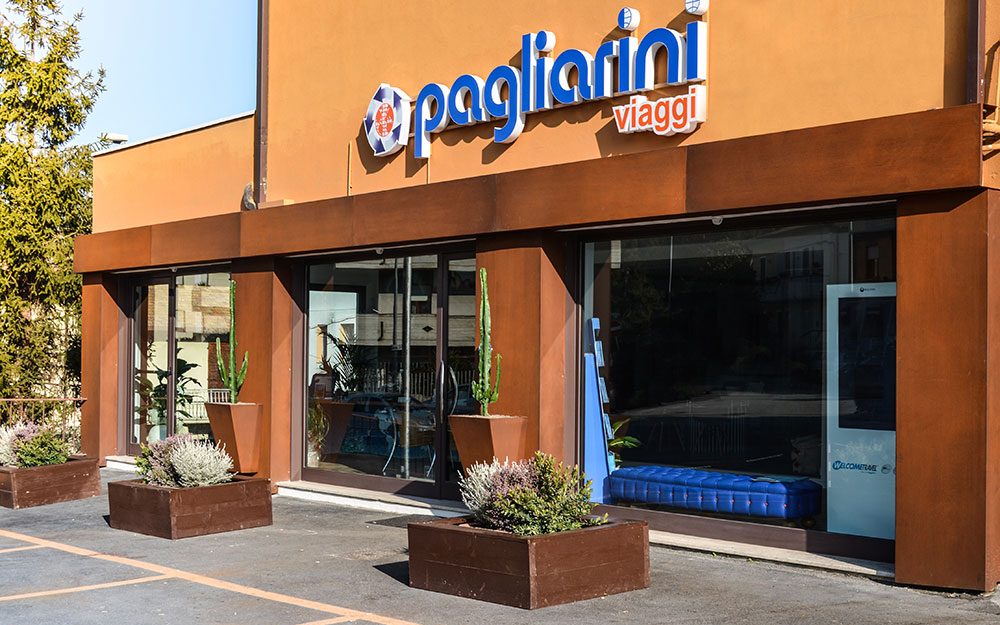 The resulting interplay of lines demarcate three levels of space: 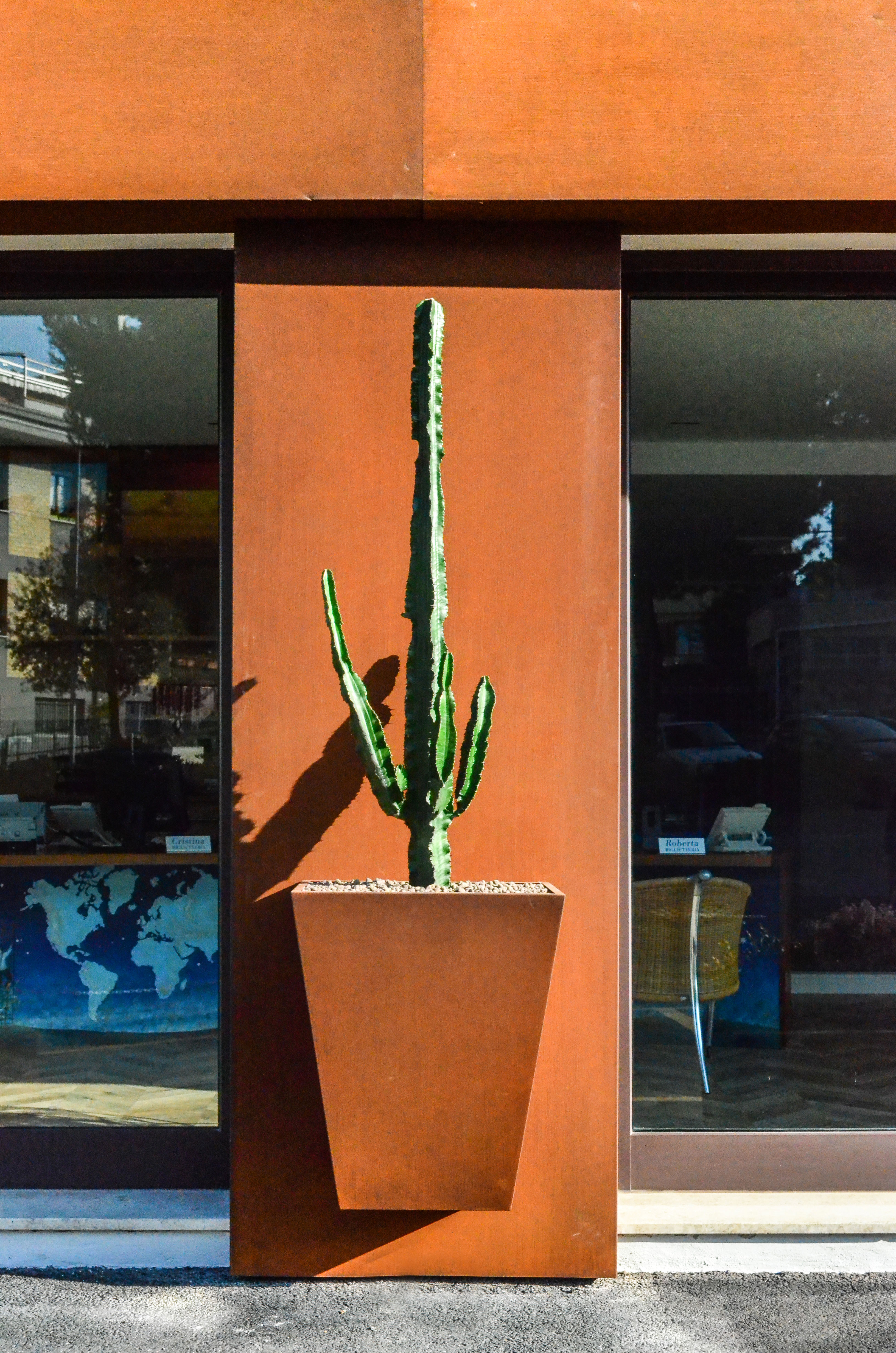 The choice of Corten steel for the exterior cladding of the façade is part of a functional and stylistic reinterpretation of the space.

Stylistic in terms of its “chromatic potential”: the unique brown colouring that the weathering steel takes on at the end of the oxidation process, changing over time and in different light. It follows that no two sheets are the same, guaranteeing uniqueness and unrepeatability for every single creation.

Functional in terms of the characteristics of the Corten itself: in addition to possessing high mechanical strength, the presence of small particles of copper, nickel and chromium in the composition of the material allow for the formation of a protective patina that prevents the progressive spread of the corrosion during exposure to atmospheric agents. This natural oxidation process is particularly suited to façades, because it can meet the needs of various contemporary architectural styles. 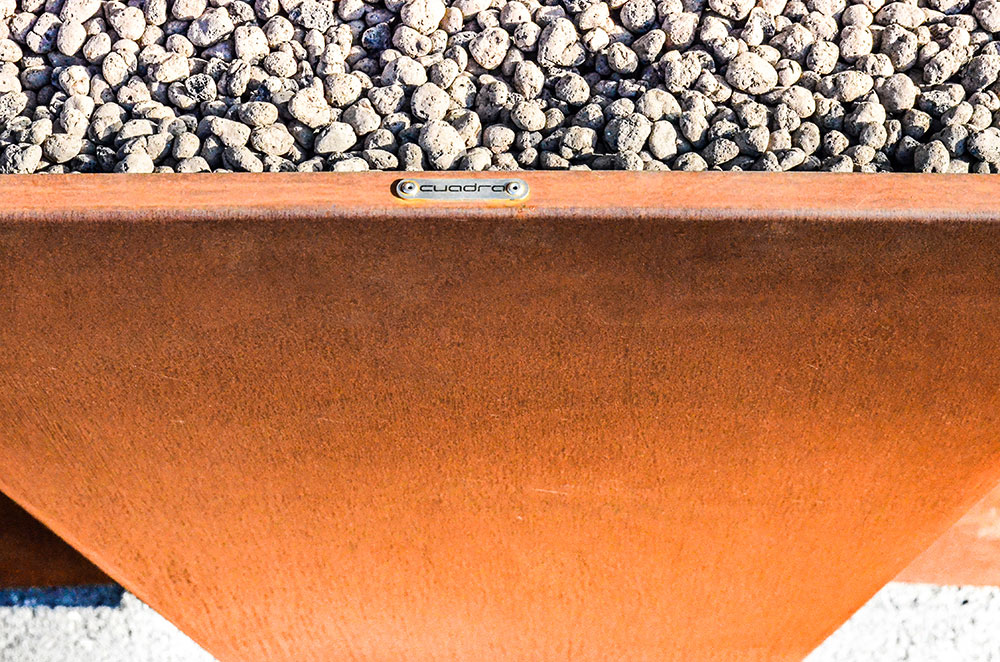 The Corten cladding project for the façade of the new Pagliarini Viaggi headquarters can therefore be seen as falling within the concept of Corten described by the executive director of Casabella Francesco Dal Co, in edition 807 of the magazine:

…Corten can be used and treated as cladding should be, like a fabric; it can be cut, folded, decorated with inlays and carvings which highlight its purely superficial qualities 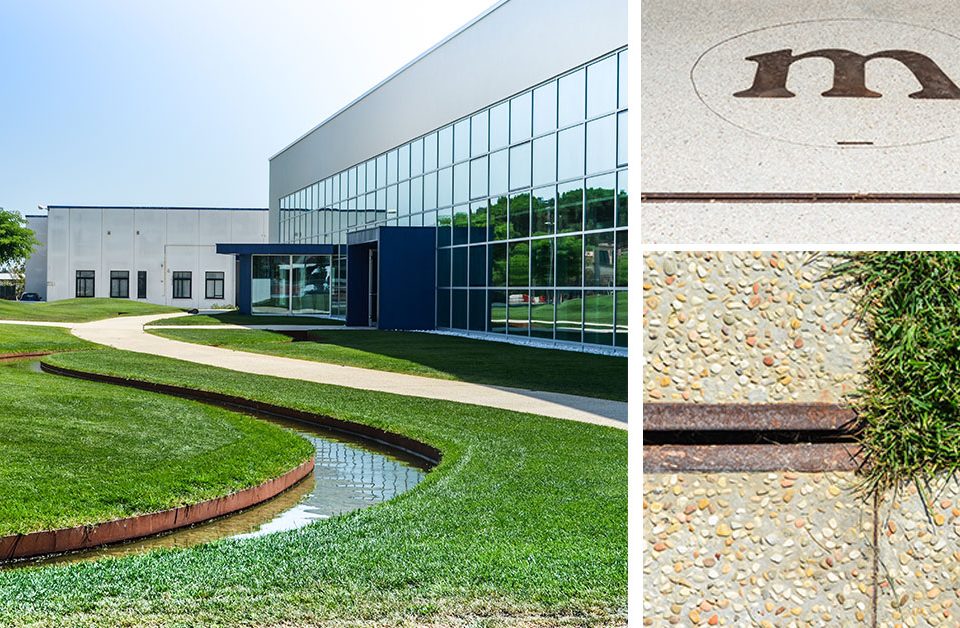 Channel drain: when elegance and functionality join together. The Melania Calzature project 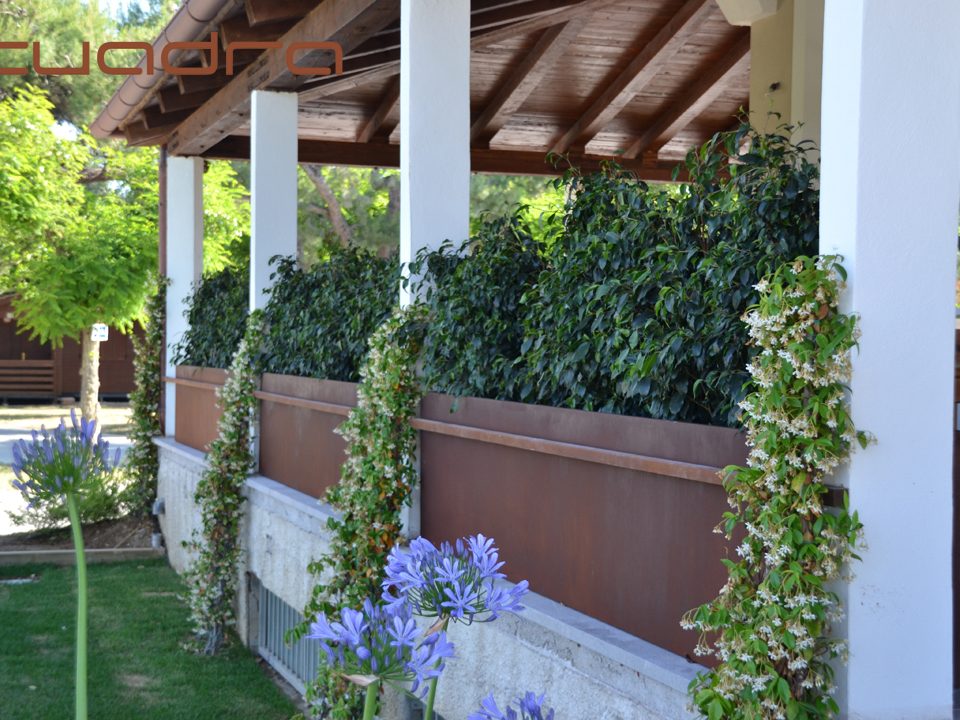